1.  Overcrowding / Alternatives to Incarceration
The Hawai‘i Correctional SystemOversight Commission has recommended that the State halt plans for a costly new jail to replace the O‘ahu Community Correctional Center (OCCC jail)  until meaningful changes to our criminal legal system have been implemented. Fiscal responsibility is important to voters.  Hawai’i taxpayers currently spend close to over $250 million dollars on its prison system.

Do you support reducing the number of people in Hawaiʻi’s overcrowded jails and prisons through alternatives to incarceration?

Explanation:  Prison is problematic to the Taxpayer, the State, Justice, and for the Prisoner.  Hawaii should incorporate prison into a more natural farm program with controlled access, but with solid living standards, and shared inmate profit savings for a better security once liberated from this ag/prison system.

Do you favor Hawai‘i moving beyond “tough on crime” strategies that have proven ineffective, costly and led to severely overcrowded prisons?

Crime comes from many conflicts within society and the inmate.   Most can be corrected using the above AgPrison format treating people as individuals and giving them a chance to be productive and live in a respectful environment with something positive to do, here offering a saved income for security when released.

Do you support the implementation of evidence-based strategies to increase public safety while holding people accountable?

Very much for increasing public safety and holding people accountable.   Evidence based strategies are needed for justice.

4. Empower Impacted Communities Would you ensure that criminal justice policy decisions are evidence-based and data-driven, rather than subject to the whims of the public?

Would ensure that criminal justice policy decisions are evidence based and data driven, rather than the whims of the day.

Would you empower directly impacted individuals, families, and communities to have a voice in criminal justice reform?

Would empower directly the impacted individuals, families, and communities to have a voice in criminal justice reform.  People with experience rather than the news are a solid source to fight for justice.

By the end of 2020 in Hawaiʻi, almost 800 people were incarcerated for parole violations and 300 more for probation violations. And between July 1, 2019, and June 30, 2020, all of the 321 parole revocations were a result of technical violations of parole: none of those 321 parole revocations were a result of someone actually committing a new crime. Technical violations are things like missing a check-in with their supervision officer or failing a drug test. They went back into incarceration for behaviors that are largely not illegal.

Do you support parole reform legislation that will reduce incarceration for technical violations, such as HB 2342 that was introduced in 2022?

Technical violations hurt our crowded prison, cost of incarceration and sending to out of state prisons, hurt the prisoner and their families and friends,  stops work or work seeking performance, puts an added burden on the System, when all is needed is some extra time assisting at the AgPrision, or adjustment on the parole management side.

Hawaiʻi’s expungement laws are very narrow. Having a criminal record, from a simple arrest to a felony conviction, is often a barrier to employment, safe housing, education, obtaining a license, and accessing other benefits and life opportunities.

Do you support second chances for people with justice system involvement?

You should give a second chance to those who request it with a detailed plan to make good.  Think MBO- Management by objectives.

Do you support “Clean Slate” legislation that would help people move on with their lives and support  their families, such as SB 3159

A clean slate should be given as the individual moves along with his MBO life plan to become productive and contribute to society and family in a steady and noticeable way.  Giving a bonus clean-slate reward for making good.

A significant portion of people are incarcerated on charges of simple possession of drugs for personal use. By any measure, the War on Drugs has been a failure because incarceration by itself does nothing to address issues of addiction and dependency and punitive approaches to problematic drug use have devastated marginalized communities in Hawaiʻi.

Would you as governor address the lack of services available for people in Hawai‘i, particularly low-income families, which have loved ones struggling with addiction?

Addiction can be addressed with voluntarily agreeing to live and work at the AgPrison for some period of time to take a break from drug use, see the bigger picture, and make MBO plans to adjust their life.

Do you support legislation that would reduce or eliminate the penalty for simple possession of a controlled substance?

Reducing or eliminating penalties for simple possession of a controlled substance makes sense.  There is no harm or taking involved to hurt another person.  And today drug taking either prescribed or for personal high is everywhere.   Better some outpatient participation at the AgPrison could work better.

Do you support alternatives to incarceration and prosecution, such as the Law Enforcement Assisted Diversion (LEAD) program?

LEAD or Letting everyone advance with dignity helps people with low level behavioral issues continue in society with case management rather than jail or citation.  Good program.

Right now there are Family Alternative Sentencing models that allow a person convicted to remain at home with their family and receive social support services. In fact, there are federal grants for states to stand up these programs.

Would you as governor move to invest in proven, but long-term solutions to crime (i.e. investments in housing, education, employment opportunities,  behavioral health, and substance abuse treatment)?

The cost to rehabilitate the individual is probably less than the cost to maintain and house a prisoner.  And the benefit to society as a contributing member is better than an expense.

The Hawaiʻi Paroling Authority wields tremendous power. For example, they set minimum sentences, parole and parole revocation decisions, early discharge, and oversee the pardon process, etc. They are appointed by the Governor.

The Attorney General is the top law enforcement officer in the state, a position that comes with broad authority and discretion. They are uniquely positioned to curtail the harmful excesses of the punitive criminal justice system.

As governor, would you appoint an Attorney General, Hawai‘i Department of Public Safety Director and Hawai‘i Paroling Authority members that will make decisions about prison and public safety policies with comprehensive data and driven by best practices?

Appointing Government Officials that use a comprehensive data driven method with best practices is a solid program for making decisions about prison and public safety.

In early 2022, Anthology conducted a quantitative study in the form of an online survey in Hawaiʻi relating to the Governor’s use of the power of clemency. Nearly 60% of people polled support the governor using their power of clemency to reduce the prison population by ending or shortening the prison sentences of certain people in prison provided they meet certain criteria and are determined not to pose a danger to public

Under the Hawai‘i State Constitution, the Governor has the authority to grant reprieves, commutations, and pardons, after conviction, for all offenses (Source Haw. Const., art.V sec. 5).  This authority provides the Governor broad power to remedy long-standing injustices in our criminal legal system.

Governors in other states have successfully used this authority to commute the sentences of categories of people. For example, releasing  people who would serve a lesser sentence under current laws than what they are serving; people convicted of drug distribution and possession offenses, people incarcerated for technical probation or parole violations; and/or older incarcerated people.

Would you commit to using your executive authority to return people to their communities who have been impacted by these laws?

Yes, returning people to their communities for injustice in the justice system seems fair, positive, reduces costs, and reunites people into society and their families for hopefully a positive and productive life.

Are you open to addressing the overcrowding of Hawaiʻi’s jails and prisons by using your clemency powers to reduce the incarcerated population through the use of broad, categorical commutations such as compassionate release?

Compassionate release is possible where appropriate.  Prefer my AgPrison plan above.   Here the people are out of prison, living in a positive farm atmosphere, interacting and learning agriculture and other skill courses, with stability, and making some money saved for his or her release.  And we need much more local organic grown products to feed the State.

Hawaiʻi’s incarceration crisis has had a particularly severe impact on people of color, especially Native Hawaiians and Pacific Islanders. In 2018, this group made up 23 percent of adults in the state, but a reported 47 percent of people incarcerated under Hawaiʻi’s jurisdiction that year.

Will you use your clemency authority to bring an end to the incarceration crisis and correct racial bias and discrimination in the justice system.

Yes, racial prejudice in law and social society can at least be adjusted at the Governor’s clemency level.

Housing and Homeless in Hawaii 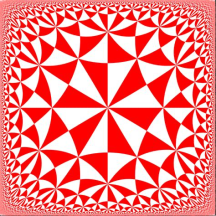